UL One Campus, One Book Announcement 2015/16 | University of Limerick 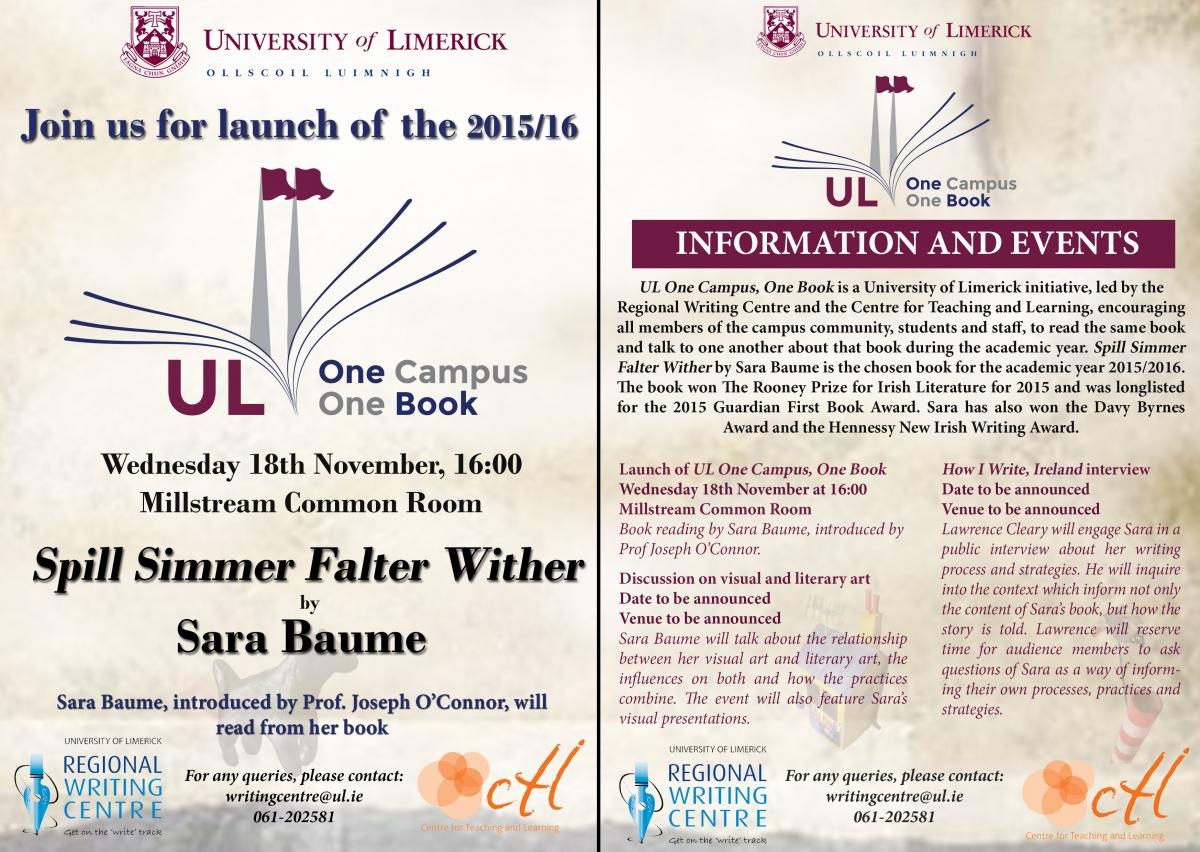