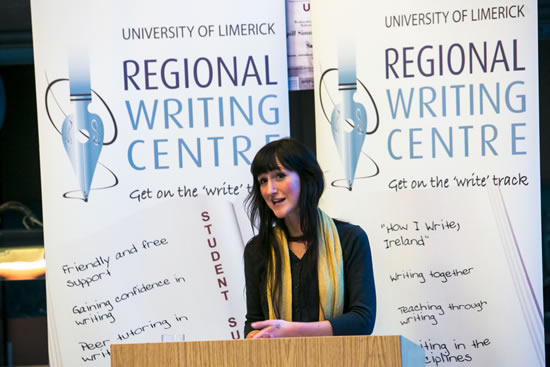 Spill Simmer Falter Wither, Sara Baume’s debut novel, won The Rooney Prize for Irish Literature 2015 and was long listed for the Guardian First Book Award. She also won the Sunday Independent Newcomer of the Year award at the Bórd Gais Energy Book Awards 2015. Her novel was featured as one of this year’s student and staff chosen UL First Seven Weeks recommended books.

Sara Baume was born in Lancashire, but grew up in Co. Cork. She studied Fine Art in Dun Laoghaire College of Are and Design and completed a Masters in Creative Writing in Trinity College, Dublin.

In 2014 she was awarded the Davy Byrnes short story award, organised by the Stinging Fly in association with Dublin Unesco City of Literature, for her story Solesearcher1.Sara Baume won the Hennessy New Irish Writing Award earlier in 2015 for her short story Dancing, or Beginning to Dance and won the Emerging Fiction Award for the work.

Sara joined us for three UL One Campus One Book events: 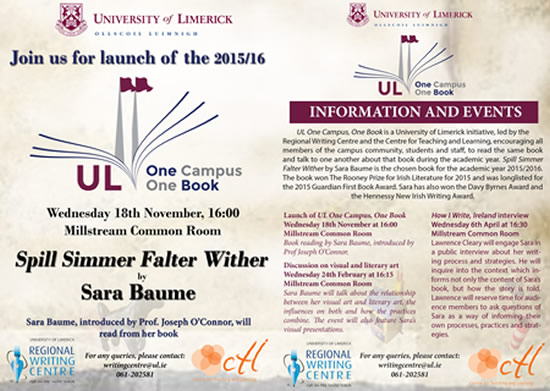