Louise O’ Neill grew up in Clonakilty, a small town in West Cork, Ireland. After receiving an honours BA in English Studies from Trinity College Dublin, she went on to complete a post-graduate 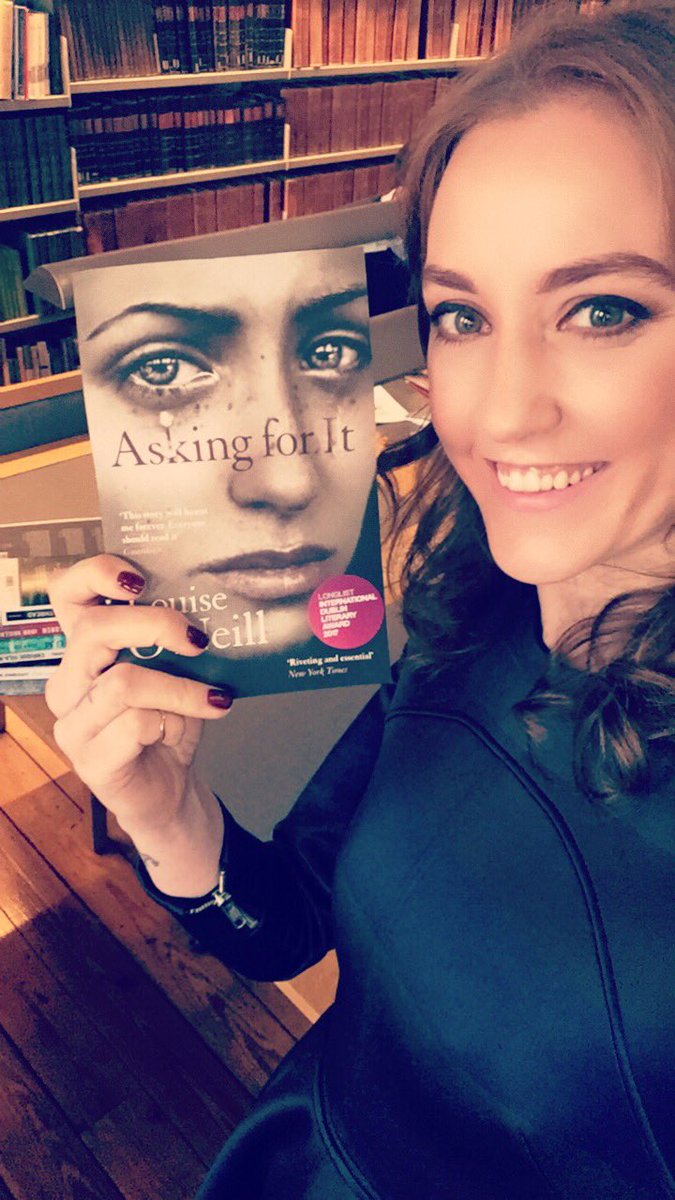 diploma in Fashion Buying from the Dublin Institute of Technology. She moved to New York City in 2010 and spent a year there interning as an assistant stylist for the senior style director of Elle Magazine, Kate Lanphear.

Louise’s second novel, ASKING FOR IT, was published in September 2015 to widespread critical acclaim.  She has since won the Specsaver’s Senior Children’s Book of the Year at the 2015 Irish Book Awards, the Literature Prize at Irish Tatler’s Women of the Year Awards, and Best Author at Stellar magazine’s Shine Awards.  It was voted Book of the Year at the Irish Books Awards 2015 and has spent 34 weeks in the Irish top 10 bestseller list.  A documentary of the same name – on the subject of rape culture and presented by Louise – was aired in November 2016.

Louise is a freelance journalist for a variety of Irish national newspapers and magazines, covering feminist issues, fashion and pop culture. She contributed to I CALL MYSELF A FEMINIST – a collection of essays from women under 30 explaining why they see themselves as feminists, which was published by Virago.  She is currently working on her third novel.

How I Write, Ireland interview

Lawrence Cleary will engage Louise in a public interview about her writing process and strategies. He will inquire into the context which informs not only the content of Louise’s  book, but how the story is told. Lawrence will reserve time for audience members to ask questions of Louise as a way of informing their own processes, practices and strategies. 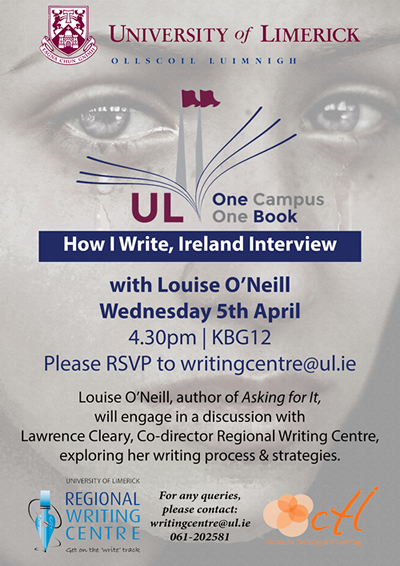 Louise O’Neill will read a short passage from ‘Asking For It’ and will engage in a discussion about the book with Associate Vice President Academic Prof. Sarah Moore and engage in a Q&A session with the audience. 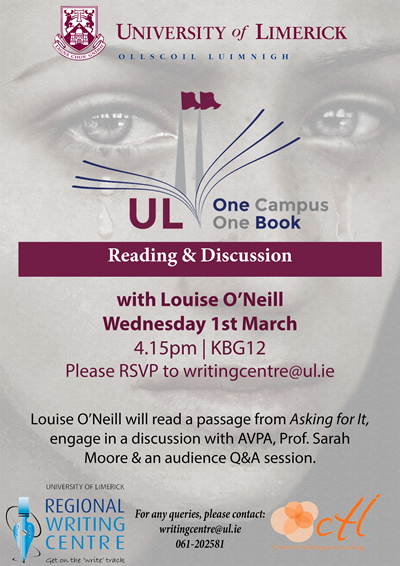