The Brainstorm long read: very few are grasping or even discussing the cultural shifts ahead post-Brexit as we face a new beginning for an European Ireland

In a recent column in the Sunday Business Post, Senator Michael McDowellbroached the subject of the topic of the future of the European Union. McDowell is not anyone. He is a former Attorney General and Tánaiste, a highly intelligent thinker and a public intellectual whose interventions deserve attention.

While his views on any topic can hardly be regarded as representative, the manner in which he discusses Brexit in many ways is. In his column, McDowell compares EU Commission President Jean Claude Juncker to "creepy clowns" after a recent speech on the state of the Union. McDowell abhors Juncker’s vision which he regards as a "federalist project". For him, European integration will always lead to a "federal super-state". This is about as differentiated as McDowell gets: what does not confirm the status quo or, even better, reduce EU integration is "federalism".

Allowing for a columnist’s penchant for colourful language, his article is a classic example of the intellectual laziness, imaginative poverty and narrowness with which the EU and Brexit is discussed in Ireland. The issue is reduced to three aspects: the border, corporation tax and the creation of an European army. 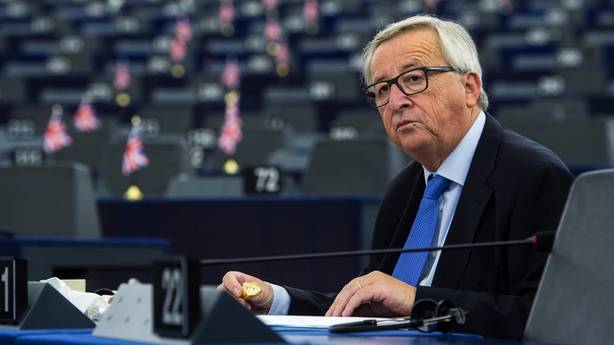 Equally characteristically, McDowell’s perspective is purely negative, a simple collection of what "we" in Ireland do not want. There is not even a vague attempt at defining what "we", or indeed he, would like to see happening and where he would like the EU to go. It could hardly be the "partnership of nation states" he seems to have in mind, which we already have in the shape of the United Nations.

What’s more, the EU and its predecessors left this meaningless formula governing the failed League of Nations behind the day it was founded in 1957. Then, national coal and steel industries as well as agriculture were merged in order to eradicate the basis for even considering armed conflicts between the ratifying states. This level of economic co-operation was always intended to be more than a mere "partnership". And Ireland consciously and enthusiastically joined this project and its unmistakable dynamic towards closer integration in 1973.

It is rare that anything positive or approaching a vision regarding the European Union is articulated by Irish public intellectuals, not to mention politicians. It is even rarer for this to be fed into the wider European political discourse. Irish debates about Brexit have so far been extremely limited. They focus on Northern Ireland, Irish corporation tax concerns, trade links with Britain and occasionally, as in McDowell’s piece, a future European army.

The issue of the EU and Brexit is reduced to three aspects: the border, corporation tax and the creation of an European army

While all these are very legitimate concerns, they only scratch the surface of the transformation Brexit will herald for Ireland. I have seen little appreciation of the cultural shifts Brexit will demand. I am even less sure whether Irish public intellectuals, journalists and opinion makers are prepared for the future that will be ahead of us should Brexit happen, as it does appear at present.

The day after Brexit

British media will no longer serve as prompters for Irish debates. They will discuss the European Union and EU issues as outsiders and will take a perspective that may more often than not be radically different from that in Ireland. UK public discourse will also discuss the European Union, if at all, from the outside. If things go badly, the culprit will be ready to hand and that will include Ireland. This perspective will be radically different to that in Ireland which (wisely in my view) has decided to continue subscribing to the European integration project.

Irish EU commentators will be writing and operating in an entirely different political environment. In fact, it will be continental media such as the Süddeutsche Zeitung, Le Figaro, Corriere della Sera and El País where Irish papers will find their reference points. These will be the places where the future European Union and Eurozone, which Ireland will be part of, will be publicly discussed. 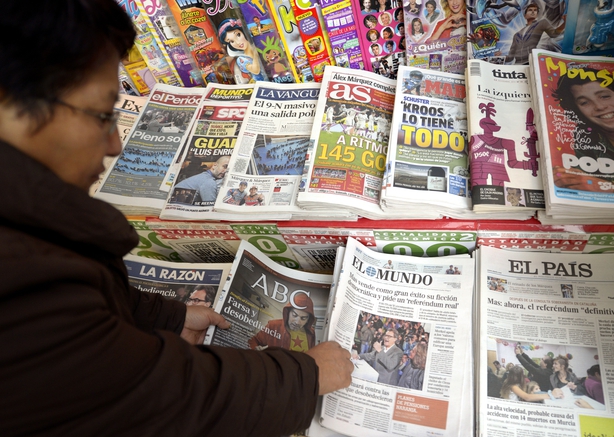 While the first language of communication within the EU will continue to be English, the native tongue of around one percent of the EU’s citizenship will hardly be the language in which key political and cultural debates determining the present and future of EU will develop their full complexity. There is no indication so far that the Department of Education and Skills has even begun to grasp the cultural and linguistic consequences of Brexit and the quantum leap that is required in the teaching of EU languages. As Michel Barnier rightly put it "the clock is ticking".

Much can be gained from this shift. The narrowness and intellectual poverty of Irish EU debates contrasts starkly with that in other EU member states. At the recent Irish-German relations 2017: Between Böll and Brexit conference, organised by the Centre for Irish-German Studies at University of Limerick, the Irish Times Berlin correspondent Derek Scally commented on the ever-expanding space in German bookshops devoted to books about the future of Europe and the European Union.

British media will discuss the European Union and EU issues as outsiders and will take a perspective that may be radically different from that in Ireland.

Who has even heard of the Austrian writer Robert Menasse in Ireland? Menasse won the European Book Prize in 2015 for his sustained and fundamental critique of the resurgence of outdated notions of sovereignty and reinvigorated nationalism (including that of Germany) in his Der europäische Landbote essay. As a first introduction into continental debates, one could do worse than pick up the English translation of Menasse’s book which appeared last year as Enraged Citizens, European Peace and Democratic Deficits, published, tellingly, not in the UK but by a subsidiary of the University of Chicago Press.

Another writer to read is German politcal thinker Ulrike Guérot. She published Warum Europa eine Republik werden muss! Eine politische Utopie (Why Europe has to become a Republic: A political utopia) last year and this text on an Europe of the Regions was much discussed in German-speaking countries. 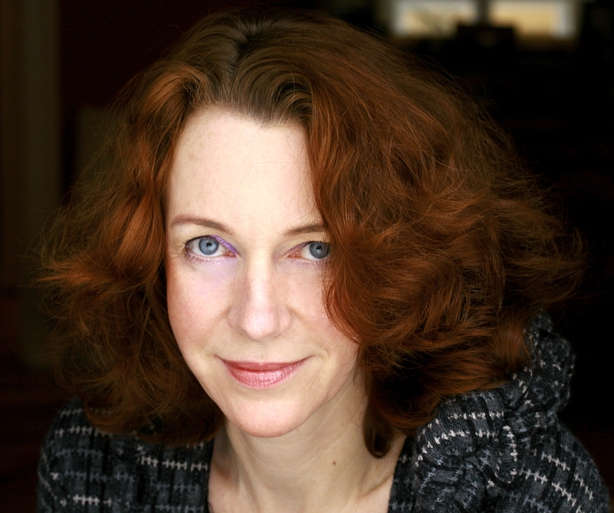 One does not have to agree with either author - in fact the majority in any EU member state does not - but the profound questions they pose are worth discussing. Both books are also proof that it will help to have a knowledge of German in the future EU to get a sense of where the debate might be going, especially as the most widely spoken mother tongue in the EU has always been German. Equally engaging discussions are taking place in other EU member states. Parents and future students reflecting on career prospects might bear in mind that translation will become big business.

There are implications beyond public and media debates. As course director of a European Studies programme at the University of Limerick, I know all too well the extent to which the teaching of European (Union) Studies depends on textbooks by British publishers. The conceptualisation of the field is strongly influenced by British perspectives. Some may find solace in the comforting fiction that scholarship is always neutral, but anyone who has ever compared continental academic publications about the European Union to British ones (or indeed Wikipedia websites in different languages) will notice the not very subtle difference of emphasis and sets of values.

It is rare that anything positive or approaching a vision regarding the European Union is articulated by Irish public intellectuals, not to mention politicians

This will accelerate post-Brexit as an outsider perspective can never be identical to an insider perspective, certainly not on a political issue as controversial as the future of the European Union. Among my colleagues, I have not yet heard of plans for new textbooks about Ireland in the EU to come on the market in 2019 when British views will no longer be sufficient for Irish educational needs. Such works will be needed. 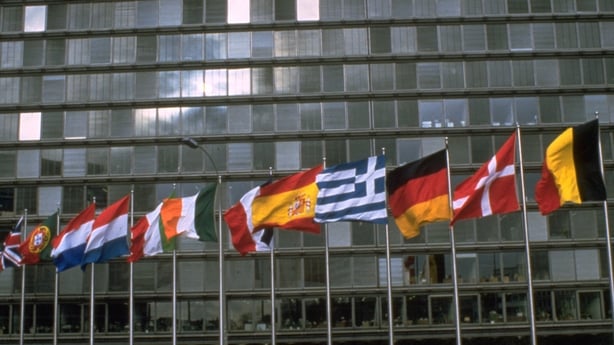 Few are grasping or even discussing the cultural shifts ahead of the country post-Brexit. Lack of debate and vision and a purely negative position may have been options while the UK was a member and acted as a brake against any dynamism in the process of European integration. But this will no longer suffice. We need to use "this window of opportunity", as Jean Claude Juncker termed it, which Brexit has opened up to discuss the future of the Union, rather than allow a few critical, if not destructive, voices to dominate. Without such debates, the new Europe will never be born.

Reducing the widely perceived democratic deficit has to start with more engagement. While structures and fora in which these debates can regularly happen have to be created, civil society will also have to make the future of the European Union their own concern. The time has come for Ireland to finally discard the last vestiges of colonialism, drop the British coat-tails and forge its own path in a new Europe. New alliances have to be formed and a profound engagement with the multi-linguality and multi-culturality that is the European Union is essential. Politically, economically and above all culturally, Brexit is a challenge. But it is also a new beginning and an exciting new opportunity to create a more profoundly European Ireland.