MACSI hosted the 70th European Study Group with Industry from 28th June - 3rd July 2009 at the University of Limerick. The Study Group was well attended, with people travelling from Ireland, the UK and Europe and even as far as America and Hong Kong. 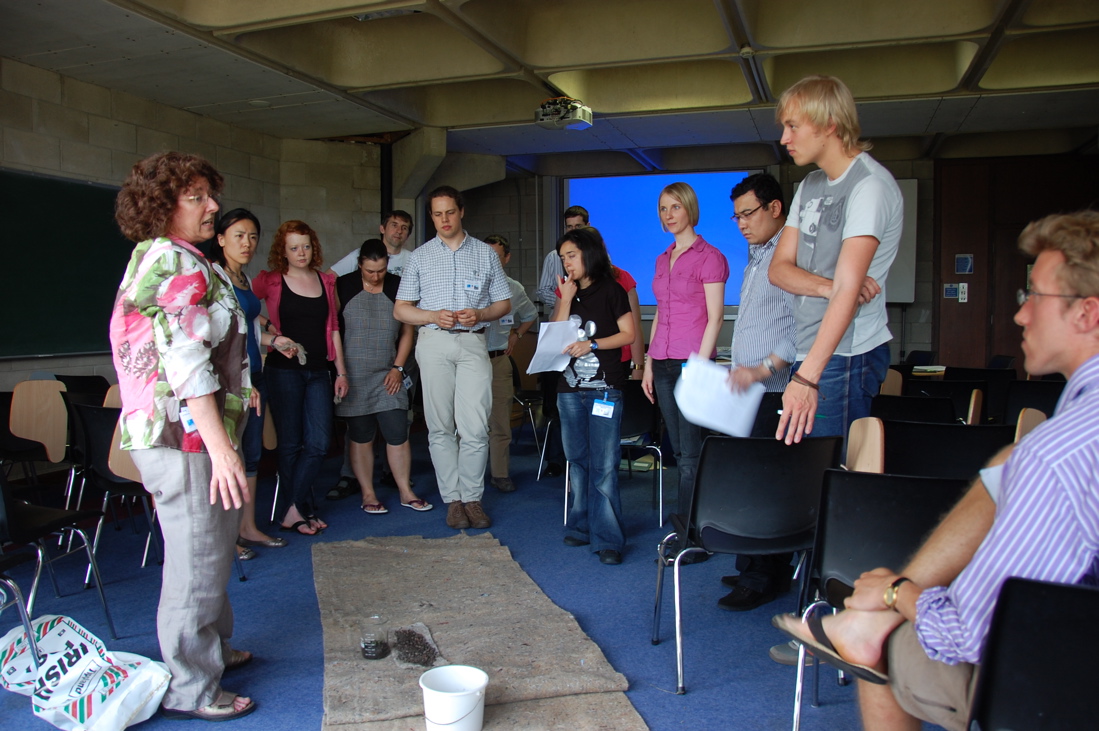 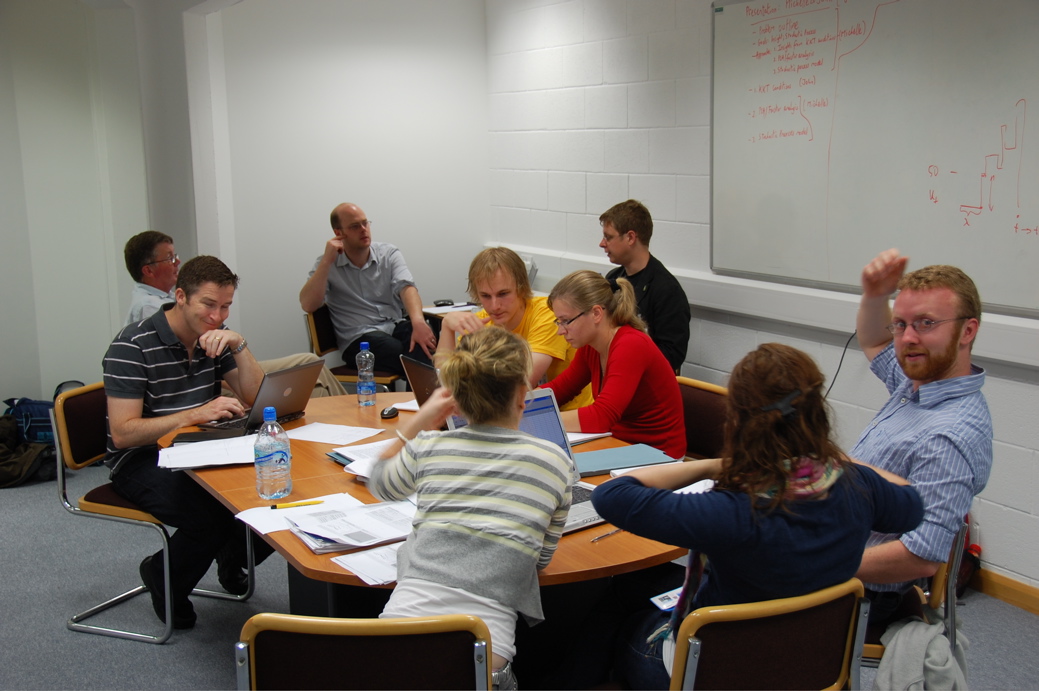 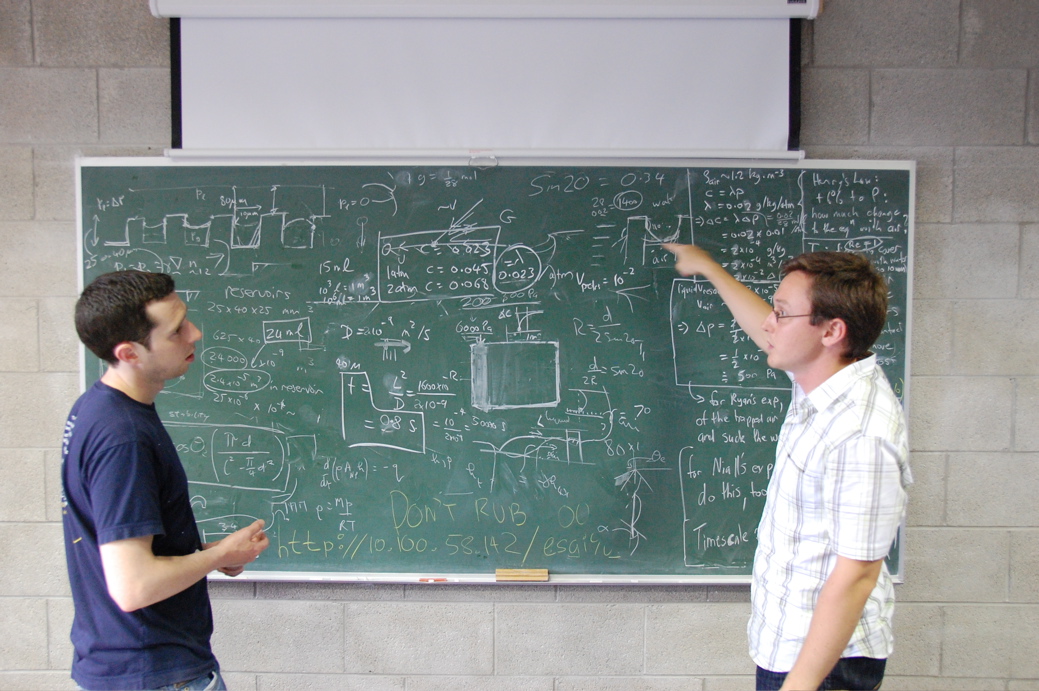 Eight problems were presented to the group at the beginning of the week, covering a range of topics, details of which can be found on the ESGI 70 website.

MACSI would like to thank the Industrial partners, Analog Devices, Bord Gáis, Diageo, Erin Energy and Landtech Soils Ltd. for taking part in the study group and the Science Foundation Ireland for funding it.

The Annual Meeting of the UK and Republic of Ireland SIAM Section took place on Friday 9 January 2009 at the University of Limerick. The day included talks by: 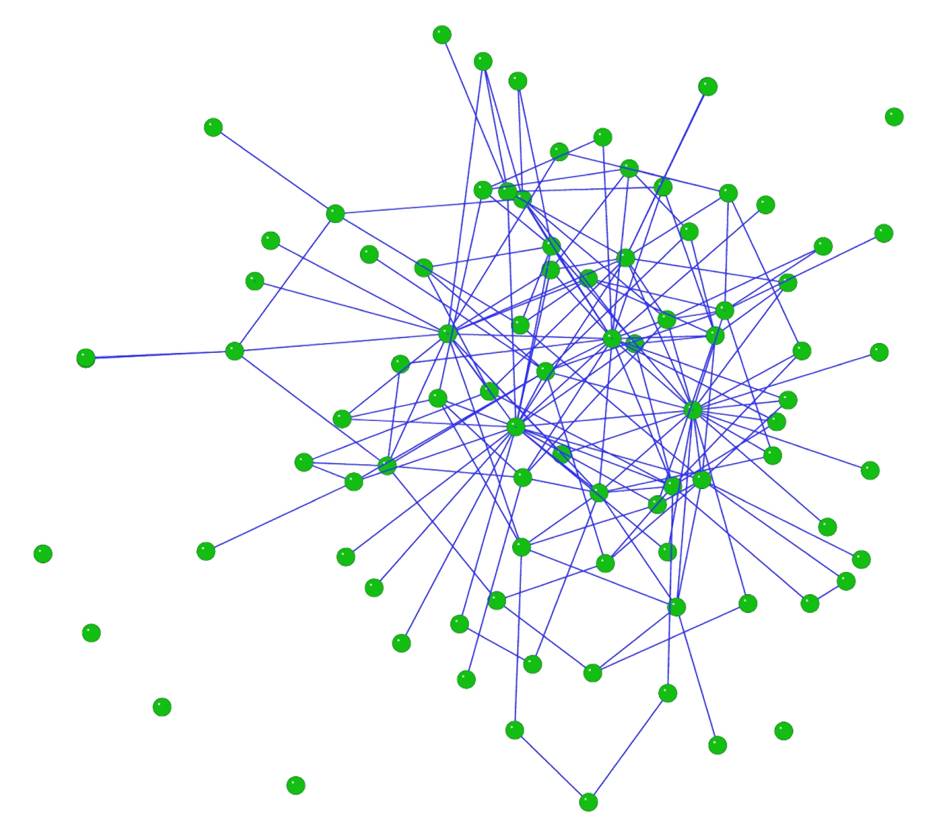 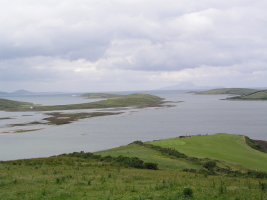 James's talk was on the topic of networks, while Andrew's focused on drumlins 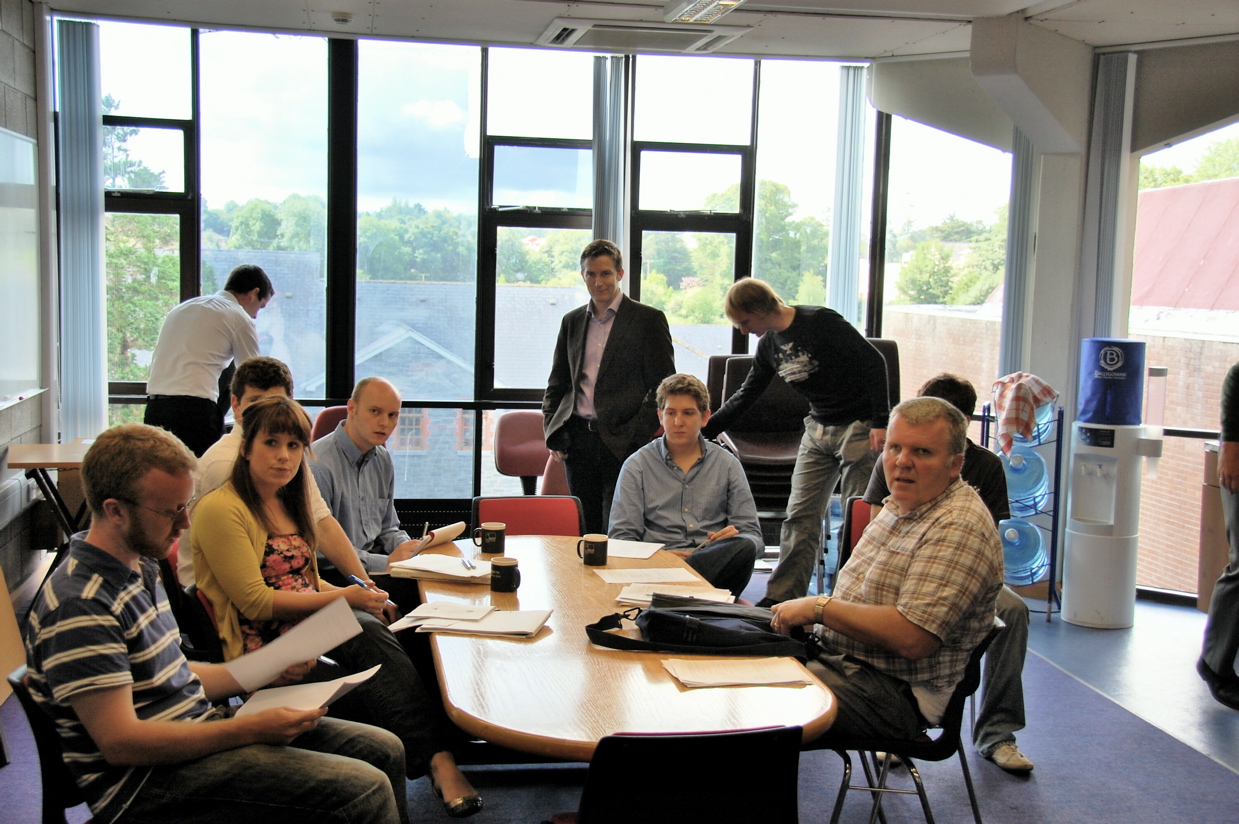 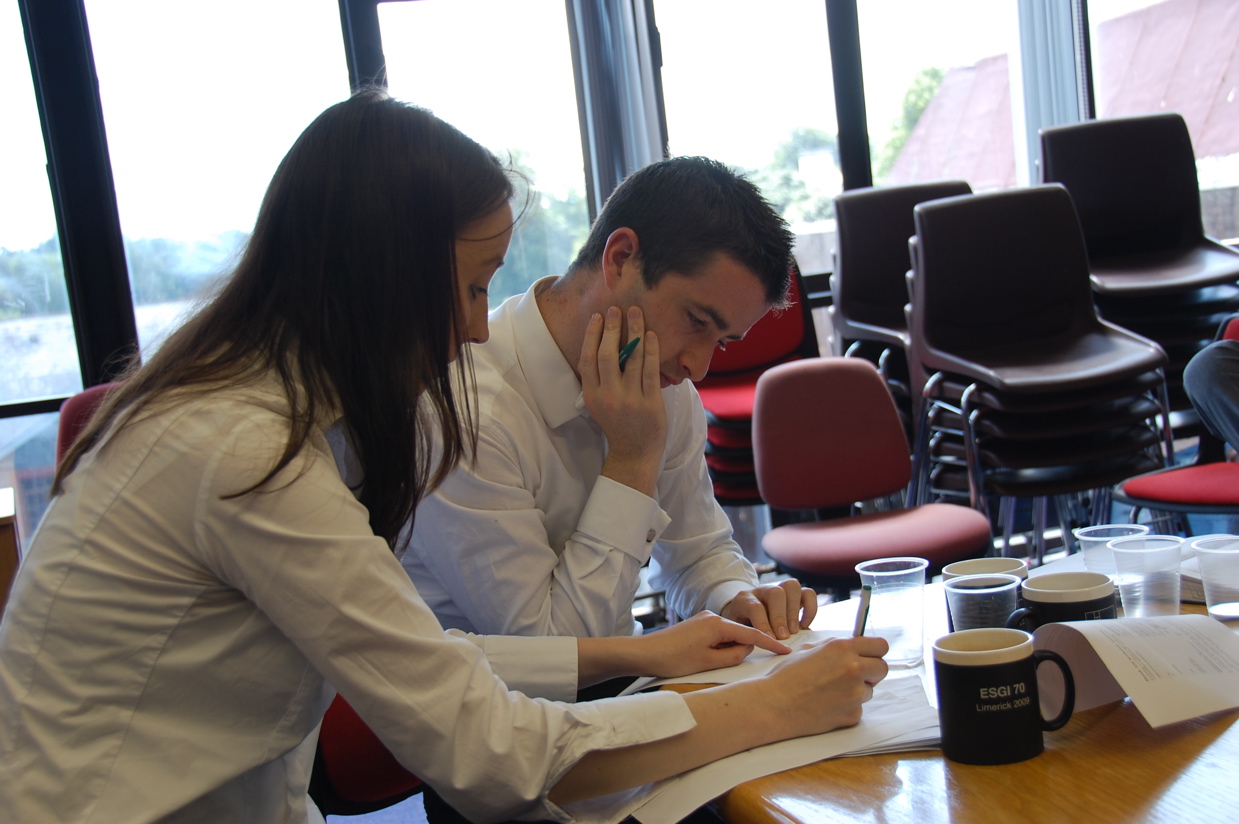 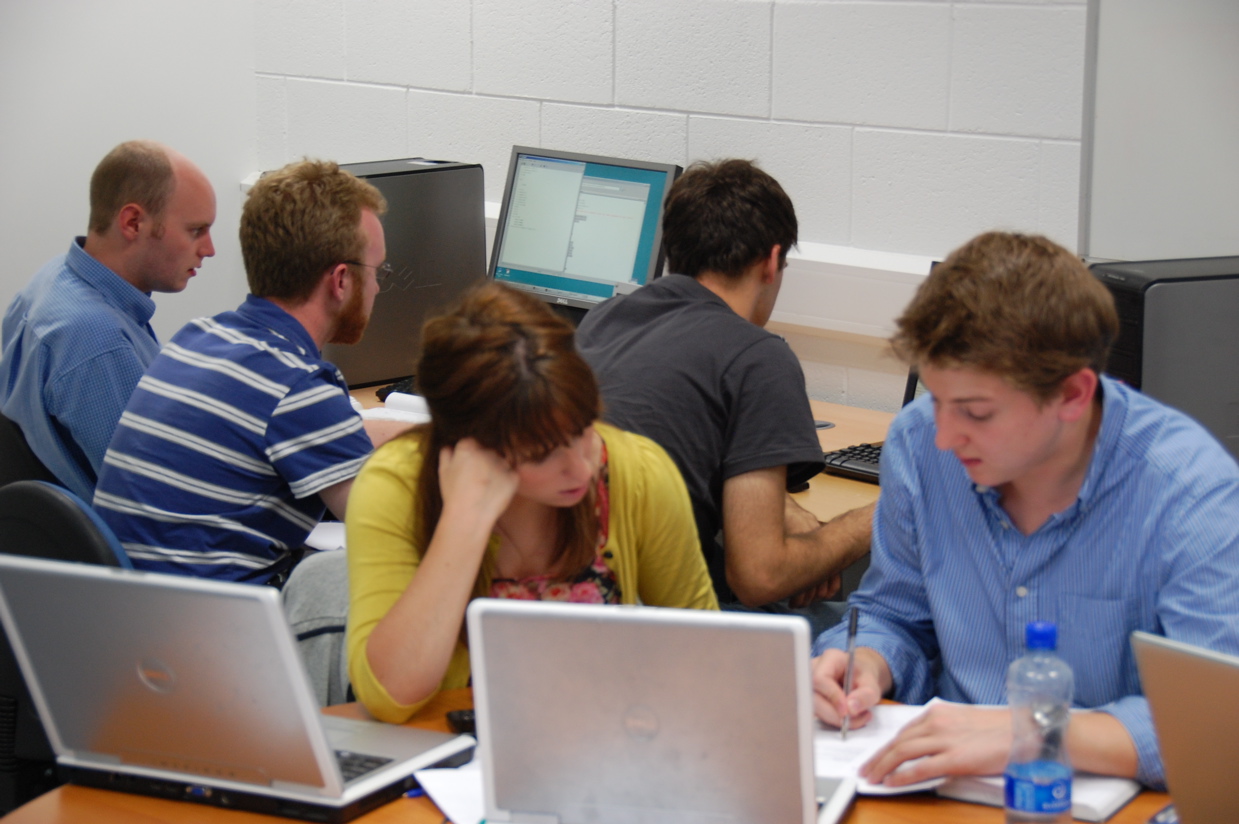 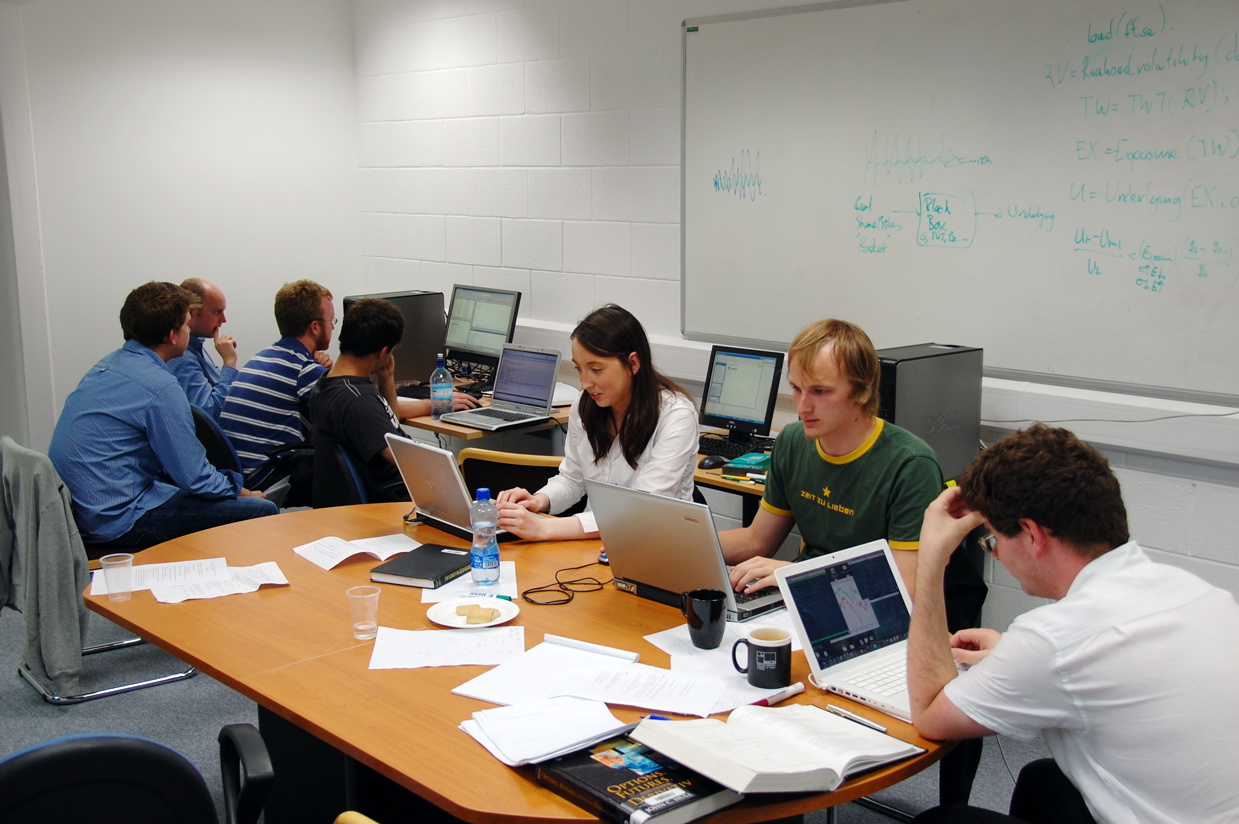 The workshop focused on developing tools to value a complex option introduced by the Bank of Ireland. In the morning presentations on the structure of the option were given by Michelle Carey and James McEvoy, while in the afternoon significant progress towards developing a mathematical model and implementing it in code was made.

11th December 2007. Introduction to perturbation methods. A one day course at the University of Limerick given by Prof. Stephen O'Brien.

For an up to date list of scheduled seminars hosted by MACSI at the university of Limerick, please see the seminars website

Professor Andrew Fowler, recently appointed Stokes Professor of Industrial and Applied Mathematics at the University of Limerick in association with MACSI, delivered his inaugural lecture on the 24th February 2009.

His lecture was preceded by an afternoon of talks given by collaborators of Professor Fowler from around the world.

Professor Fowler's lecture "Ten Hard Problems in Applied Mathematics" provided an insightful and entertaining overview of some of the academic challenges that he has faced during his career to date. Topics ranged from Chaos theory to Ice caps on Mars, drumlin formation and the mathematical modelling of leukaemia, and culminated in a live performance on the acoustic guitar!