Lifecycle of a Hate Crime | University of Limerick

Lifecycle of a Hate Crime

The Lifecycle of a Hate Crime project sought to understand and explore the Lifecycle of a Hate Crime across five jurisdictions of the European Union and had as its central aim the examination of the manner in which a hate crime is addressed through the criminal justice process at various stages – investigation, prosecution, court proceedings, and sentencing – to determine how best to ensure that the hate element of a crime is appropriately treated by the court. The objectives of the research across all five jurisdictions were to:

The timeframe under consideration for the project was 2011-2016. In furtherance of the first three of these objectives, project partners were tasked with completing a doctrinal analysis of hate crime in each jurisdiction; exploring policies pertaining to policing and prosecutorial functions in relation to hate crime; performing a secondary analysis of statistics on the recording, prosecution and sentencing of hate crime; and conducting interviews with victims, convicted offenders, judges, prosecutors and defence lawyers. This latter element sought to determine the operational realities of the manner in which a hate crime is addressed through the legal processes across the jurisdictions party to this research.

The Lifecycle of a Hate Crime Research Consortium comprises the following organisations:

Each partner produced a detailed report on their findings as they related to their own jurisdiction. 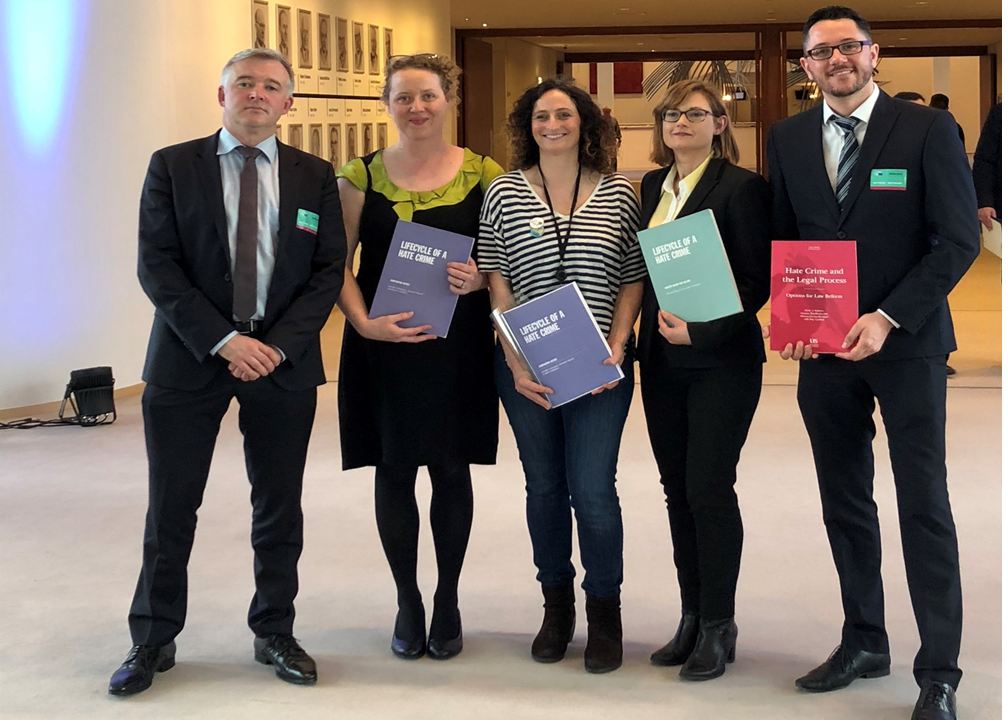