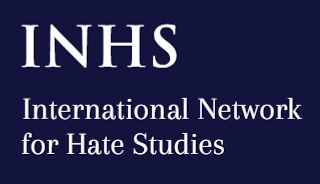 The Hate and Hostility Group are delighted to announce that the University of Limerick will host the 2016 International Network for Hate Studies (INHS) conference on May 25th and 26th.  The INHS was set up in 2013 by Directors, Jennifer Schweppe (University of Limerick) and Dr Mark Walters (University of Sussex). The aim of the Network is to forge links between hate crime researchers, and non-academic institutions and policy makers.

Led by Chairpersons Professor Barbara Perry and Joanna Perry (Office for Democratic Institutions and Human Rights, OSCE) and supported by an Advisory Group made up of policy makers and academics, the Network held its first conference in 2014, with 121 attendees, and 60 papers given by people from 24 countries. It holds a conference every second year, with a policy workshop in the alternate years.