Call it Hate | University of Limerick 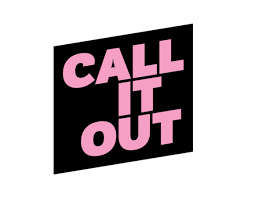 ‘Call It Out’ was a ten country and 50 consortium project funded by the European Commission which sought to understand and address anti-LGBT hate crime. The Hate and Hostility Resarch Group and the Transgender Equality Network Ireland were the Irish partners to the project.

The project had two parts: the first was to research levels of homophobia, biphobia, and transphobia by way of a pan-European survey. The findings of this survey are available here: http://www.lgbthatecrime.eu/resources/cih-research-book.

The second part of the project was a campaign to highlight and address the harm caused by homophobia, biphobia and transphobia in Ireland. The campaign in Ireland was led by the Transgender Equality Network of Ireland (TENI) and the team from the Hate and Hostility Research Group at the University of Limerick. We ran a national campaign, which included billboards, radio adverts, orb screens, and an intensive social media campaign. It was launched by leading members of the LGBT community, Brendan Courtney, Ellen Murray, Jack Murphy, and Maria Byrne. A core element of the community focused campaign was run in association with GCN, the national LGBT news magazine. Elements of the campaign were covered by GCN, and adverts were placed in the magazine. A public event was held in front of a full house at the Project Arts Centre in Dublin association with TENI, GCN, and Call it Out hosted by journalist Una Mullally which featured leading members of the LGBT community, Ellen Murray, Brendan Courtney, Shubhangi Karmakar, Paddy Smyth.  discussing their – oftentimes intersectional – experiences of hate crime. A video was produced as part of the campaign which was enormously successful.

The campaign was hugely successful, and was nominated for two GALAs - the LGBT+ Awards. It was also awarded the  Silver Award in the Best in Government and Not For Profit category at the Digital Media Awards.

The project Call it Out was funded by the Rights, Equality and Citizenship Programme (2014-2020) of the European Union.