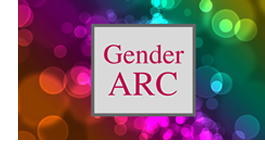 ‘Struggles over the Meaning of Irishness: Mixed ‘Race’ Irish Children and their White Mothers’ at the 2nd Annual Critical Race and Ethnicities Network Conference at the University of Sheffield, England (October 2016).

‘What does it mean to belong in the ‘new’ Ireland? Mixed ‘Race’ Irish Children and their White Mothers’ at the Critical Mixed Race Studies Conference, University of Southern California, Los Angeles (February 2017).

‘Dynamics of Irish Belonging for Mixed ‘Race’ Children’ at the Conference entitled, ‘Power, Intimacy and the State: Mixed Families in Europe and Beyond’ at the University of Amsterdam, Netherlands (June 2017).

‘Transracial Mothering in the Irish Context’ at the Conference entitled, ‘Motherlines: Motherhood and Mothers in and through the Generations: Theory, Narrative, Representation, Practice and Experience’ at the National University of Ireland, Galway (July 2017).

‘The Racialised Dynamics of Citizenship: White Mothers and their Mixed ‘Race’ Irish Children’ at the Conference entitled, ‘Identity, Community and Social Solidarity’, The British Sociological Association Annual Conference at the University of Northumbria, Newcastle (April 2018).

‘The Mixed ‘Race’ Irish Child Citizen: Negotiations of the Racialised Insider/Outsider Dichotomy’ at the Conference entitled, ‘Legacies Matter’, The Sociological Association of Ireland Annual Conference at Dublin Institute of Technology, Dublin (May 2018).